About Me (greek & english) 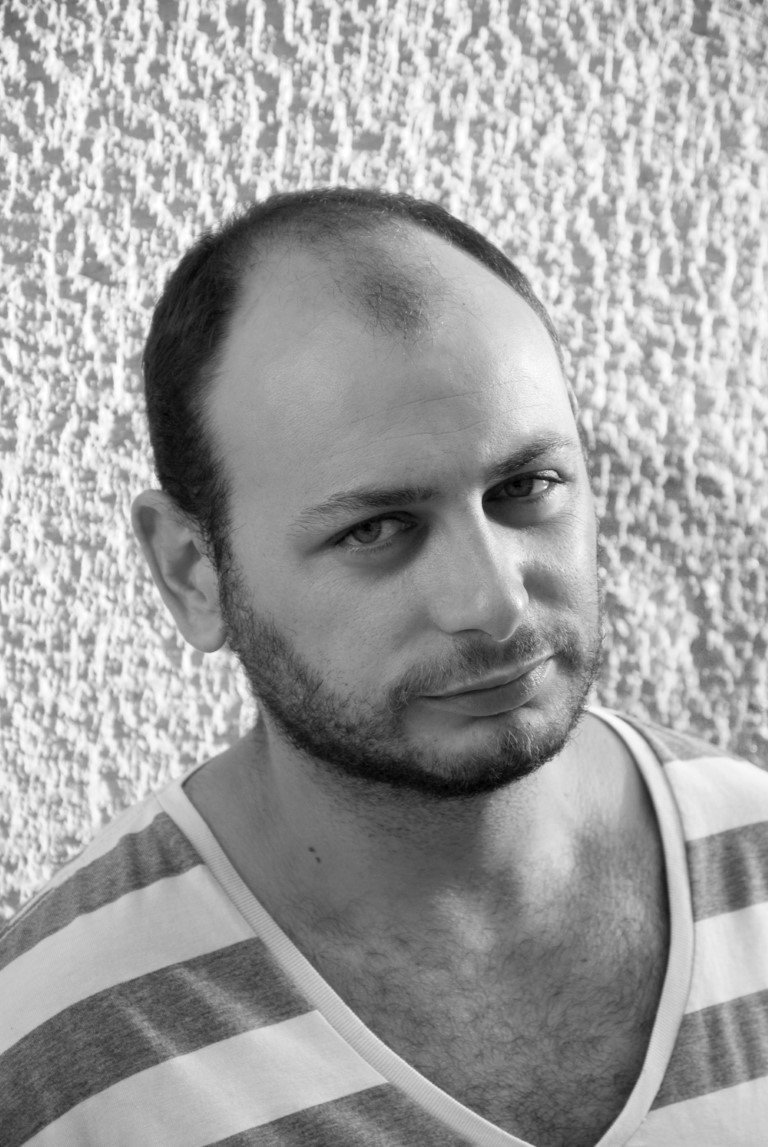 Athanas (actually Thanos Panayiotou) was born in Athens at 5 pm on 5 May 1985.

ΕDUCATION
• In 2009 he graduated from the Athens School of Fine Arts (A.S.F.A.) the 5th painting studio under professor Triantafyllos Patraskidis, stage design and printmaking studio under professors George Ziakas and Konstantinos Kazakos respectively. He successfully attended the following optional subjects: Art Education (1&2), Philosophy and Theory of Art, (1&2) Psychology of Education, Materials and Technology of Materials, as part of undergraduate studies.
• SEMINARS
• 2015 Design of teaching, organized by the office of secondary Education School Advisers based in Xalkida, took place in high School Istiea 18 February 2015
• 2015 Support the learning process at school and at home for pupils with needs ekpadeftikes, organized by high school and K.E.D.D.Y. North Evia on Friday 13 March 2015

RECOMMENDATIONS
Athanas and the weight of his Truth
By Megakles Rogakos
Athanas is a special artist who comments on the contemporary human condition. As artistic creator he chose to be called Athanas because his works deal with ancient Greek mythology and related cultures. His works refrain from the unnecessary production of beautiful pictures and joyful messages. They relate primarily to the values and ideals in which he believes. Through them, he conveys concepts in the language of form and colour, to communicate them visually for the benefit of the viewer. He develops with the viewer a relationship of mutual trust and condescension. So, he assumes the role to remind the viewer the intellectual supplies that are facilitators in his path towards inner freedom and self-esteem. His works refer to the personal existential anguish, which the instinct perceives as conspiracy against humanity – that dark superior forces are trying to manipulate the fate of man and trivialize his values and ideals. In order to crack down the vile materialism that threatens him, man must summon his spirit pure and sourceful. With consistently to the art he set himself to serve, his works turn out to be harsh, loud and direct. The style of his works inspire Athanas to choose a pallet bearing the weight of his truth.
Art Historian & Exhibition Curator
(PhD candidate at the University of Essex)

Thanassis Panayiotou was a very good student, very promising, and I think worth every assistance.
Theodoros Papagiannis
Artist, Emeritus Professor at A.S.F.A.

The painter Thanos Panayiotou, a graduate of Fine Arts during his studies in my lab he worked seriously and conducted studies with interest and sensitivity. From the first years of his studies presented his personal artistic concerns with symbolic representations, resulting in a slowly way of writing pertinent to the expressive needs. Made modules works with interest in composition, color, special design forms of a personal, groundbreaking, innovative way of expression.
Triantafilos Patraskidis
Artist, Emeritus Professor and former Dean of the School of Fine Arts

I know the artwork and follow the artistic path of Thanassis Panayiotou, under the artistic pseudonym Athanas, and I think that any kind of help and support will contribute to his evolution, contributing to the happenings of contemporary Greek art. Borrowing elements from the world of comics, Theosophy and with solid knowledge from Art History and the forms and concerns it raises, his work develops towards a direction with original and interesting proposals.
Ioannis Kolokotronis
Associate Professor at the Democritus University of Thrace

The work of Thanassis Panayiotou is essentially a palimpsest of images, hidden symbols and obvious concepts that manage to create a dialogue between the mythological past and the distant future. Ever since he was a student in our Athens School of Fine Arts until today, as our colleague, he has not ceased progressing his work step by step to something increasingly personal. I believe that soon we will have by Thanassis Panayiotou his own surreal and not just visual viewpoint, which will embody Greek elements, not in the sense of the local but the ecumenical, something that will justify his effort, recording his contribution to art.
Panagiotis Siagkris
Artist, Associate of the former Rector at A.S.F.A. Mr. Triantafyllow Patraskidis (1998-2008)
Thanos Panagiotou follows a dangerous path, fraught with dangers and traps, such as (must do) most groundbreaking dimiourgoi.Pragmati is a groundbreaking creator in tou.Echoun beginning to see much more our eyes from this adventurous path …
Moutsopoulos Thanasis
Associate professor at the Technical University of Crete

With the momentum of his age, the inspiration of genuine talent, the discipline and the pioneering hard work as an asset, Thanassis Panayiotou presents his recent works revealing promising signs for the present and the future.
Konstantina Hasiakou
Director of Artia Gallery